The wrestling mogul, Dwayne “The Rock” Johnson was not always the face you see on your televisions today. Over the years, during the course of his wrestling career he has made many changes to his gimmick or persona to develop the man that has become a household name. A familiar name in the Philadelphia underground music industry is doing the same thing. 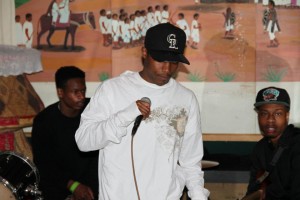 Rowdy Roddy D, formerly known as Dmoney or Moula B is making one of the biggest transitions of his career. In a very insightful new project, Rowdy World, Darrell McCleary is bringing his listeners to a new space. Uncharted territory to even those whom have been faithful to the beginning, The Rowdy World Album explains from first person the experiences of Darrell (30) and his relationship with his brother Daron (27) whom at the ripe age of 3 was diagnosed with autism. Daron himself had an undying love for music, however, due to his disability was not able to fully dedicate himself to. As any caring sibling would, Rowdy had an issue with his brother not achieving his peak happiness. After some planning, around the age of 15, Rowdy decided to take up music in honor of his little brother. During this time, Darrell did not have his whole heart into the art of music. It was just something to do. Until the infamous “Get Rich or Die Trying” album by Curtis “50 Cent” Jackson. Listening to this through his time in high school, he actually developed his own connection to the music. This is where he began to take things seriously. Initially with the help of Philadelphia’s own DJ Touchtone, Darrell began recording under the name Dmoney. Wanting to add some underground depth, he joined the Divine Artistic United Society in 2010. Accompanied and nourished by the President of this organization, Mr. Anthony B. Heard, Dmoney embarked on his journey to being one of the most recognizable faces of the Philadelphia music scene. 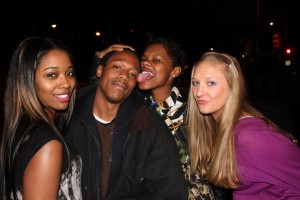 During this journey, there were some hangups that Darrell has since used as motivation and some of the most influential learning curves to date. Struggles with relationships, over indulging in strip clubs, lack of time, communication and personal understanding will have some light shed on them this project. There will be triumph and tragedy. Loss is also key here because following the passing of Darrell’s uncle was the great wake up call that fueled the making of Rowdy Roddy D. Knowing that this was a space of reflection and growth, Dmoney settled on finally incorporating his love of professional wrestling with the creation of his music. This meant not only will there be a content change, but the transition for heel to face needed to be made. Heel and Face are common wrestling terms when describing the state of a wrestlers career. Rocky Maivia was a heel, The Rock is a face. When trying to decide where and how to proceed, Darrell began to survey himself. Who was he now? What was expected of him? What did he expect from himself? Having the tendency to be a bit extreme and unpredictable and cunning in its own light, his choice for name change should be easily identifiable. The late great Rowdy Roddy Piper would be honored to have been respected and admired enough to have a rapper create his new persona in his likeness. 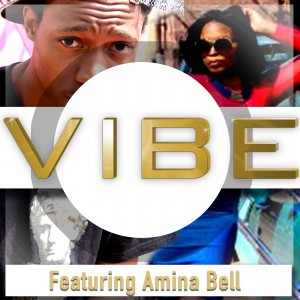 Be on alert for the highly anticipated release with features from Daron “The Inspiration” himself as well as the production efforts of Millie Max and engineering skills of Anthony B. Heard, President, owner and chief engineer of DAUS. The fun in the sun, cookout, summertime single “Vibes” ft. the amazingly talented Amina Bell will be available for download on iTunes, Amazon, Spotify,Tital, Shazaam and more May 13th. Stay tuned into DAUS Radio for more info on this artist and many more at www.daus.me

From Heel to Face: The Evolution of D Written By: SieNic